All Collections
FAQ & Troubleshooting
Reporting
What happens when some Facebook Breakdowns cannot be processed?

What happens when some Facebook Breakdowns cannot be processed?

Written by Anita Aladine
Updated over a week ago

Sometimes when you try to create a report using the Facebook Breakdowns, there might be some unexpected behaviors. Here's what happens behind the scenes:

Requesting too much data

If you're asking for too much data all at the same time, Facebook is not going to be able to send back a proper result.
You can try to reduce the time frame; change the filter to only one campaign (for instance) to reduce the size of the request.

If there's an issue on Facebook's side

It might not be possible to get the stats from Facebook, either because you reached the user limit (the limitation of requests per app); the Facebook API could be down...

Combining breakdowns that are not compatible

Some breakdowns are not compatible (there's a limitation on Facebook's side preventing us from doing some operations). To solution this, the priority is going to be given to the last compatible breakdown(s) (the smaller granularities). 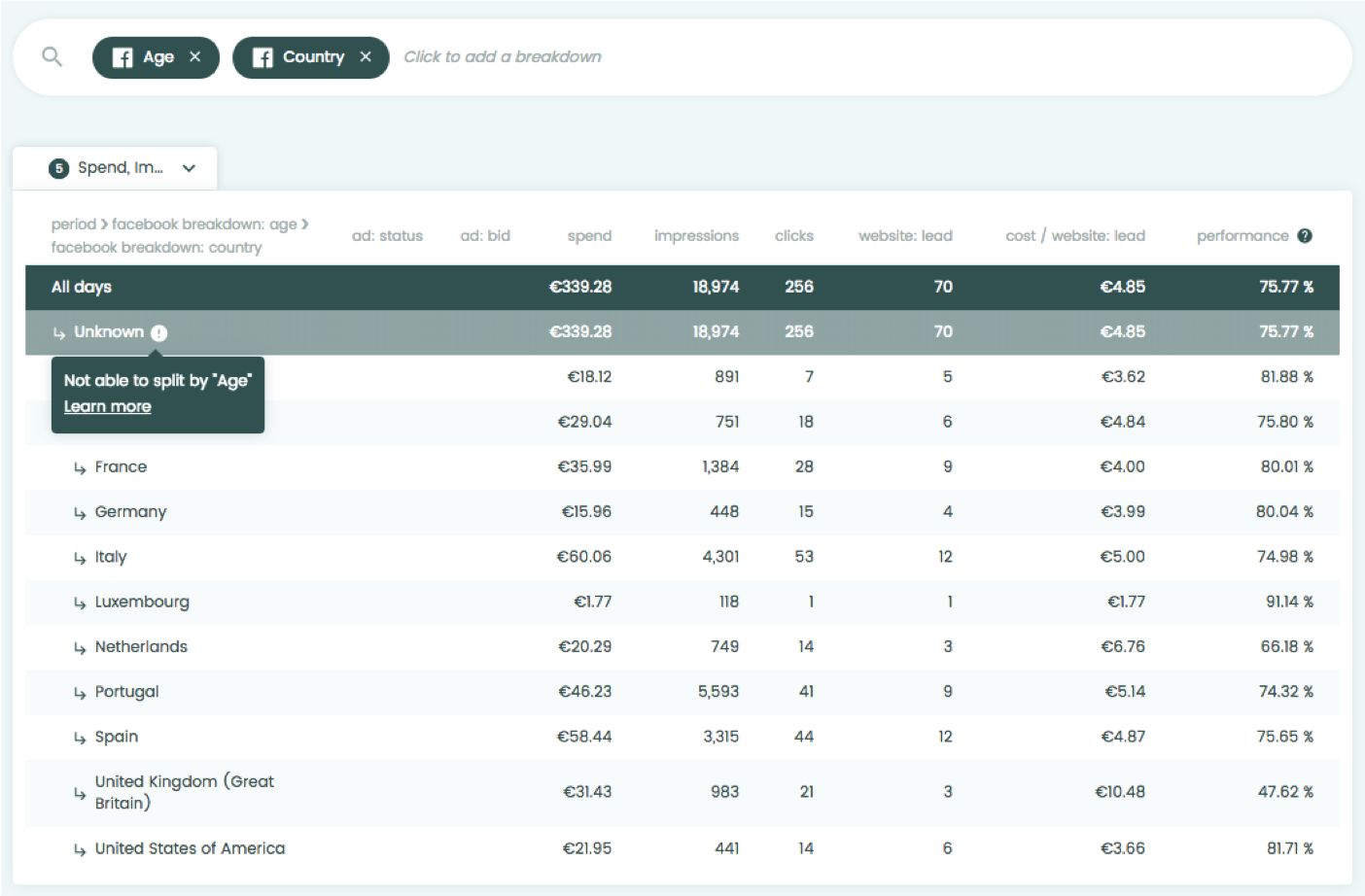 There are no stats

If we can't find any data on Facebook's side, we won't be able to display the stats!

You're using DCO breakdowns on a non DCO campaign

Dynamic Creative Optimization is a powerful tool, as explained here, and to report on their results, you can use the Facebook breakdowns shown here: 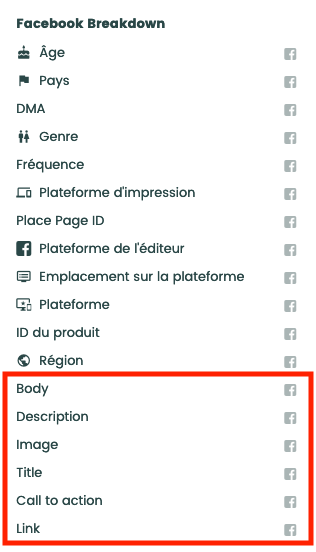 If you're trying to view data using these breakdowns on a non-DCO campaign, the system will not be able to fulfill your request.