All Collections
FAQ & Troubleshooting
Campaign Flow
How can I edit my ad set's audiences?

How can I edit my ad set's audiences?

If you feel like the audience(s) you designed are not performing well enough, your can always modify them!

As we mentioned several times, Audience selection is at least as important as the Creative(s) you'll design.

If you're not satisfied with the results you're getting from a campaign, sometimes the solution is to change the audience the ad is shown to! Let's look at how to change this. 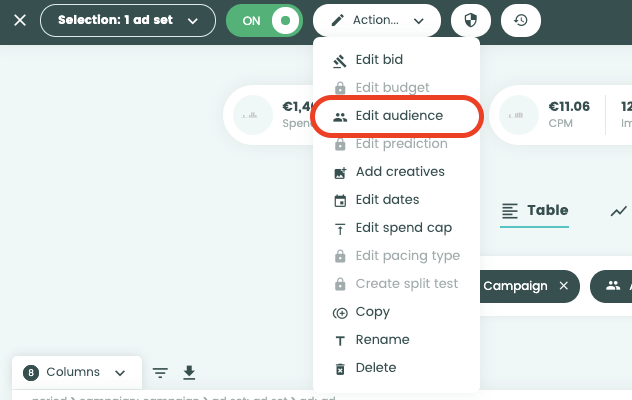 ⚠️ If you select a campaign, you'll need to get down to the ad set level. ⚠️

Once you've selected your ad set, in the action bar you'll get the option to Edit Audience! Click on it, and you'll be led to the Audience Edition screen, which is the same as the Audience Creation screen that you've seen in the Campaign Creation Flow.

Then simply change what you feel needs to be different!

One of the great features available on Paragone is bulk audience edition!
But with that much power comes some rules: 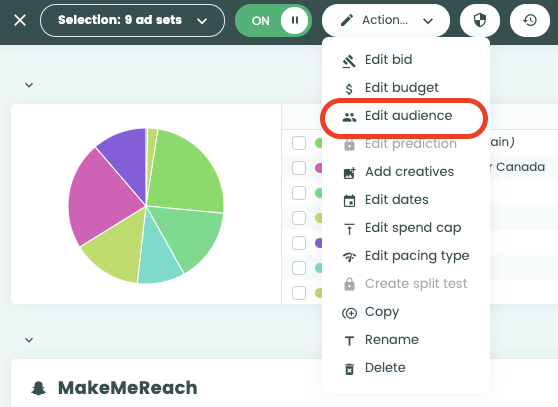 Similarly to editing a single audience, you'll need to get down to the ad set level if you've selected several campaigns.

Click on Edit Audience, and you'll get to the following screen: 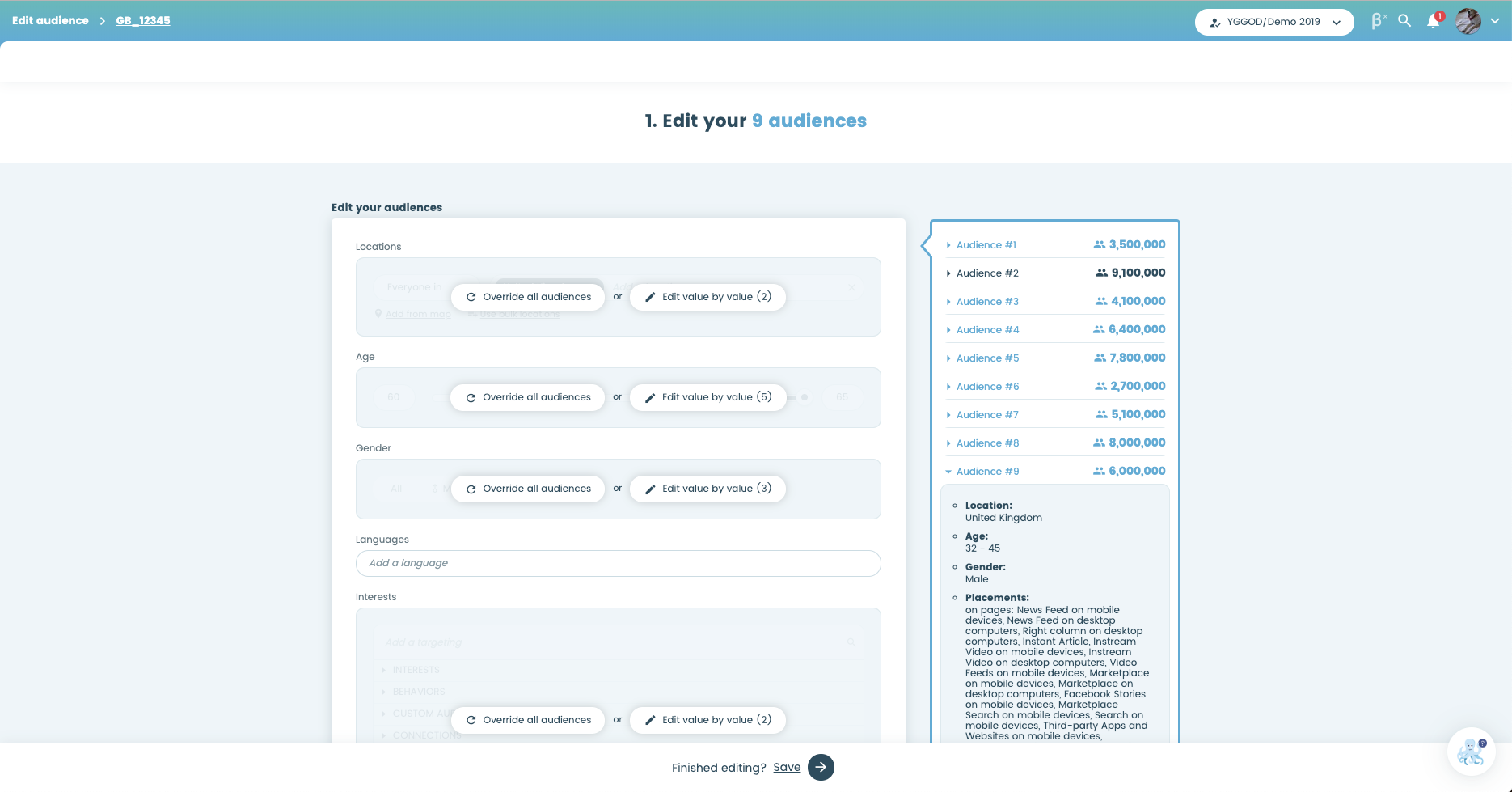 What we'll be focusing on the two options you have for Location, Locale, Gender, Detailed Targeting, and Placement.

You can either edit ALL of the audiences at the same time (for instance choosing France as the Location will change all of the audiences and they'll all be targeted towards French people) ; or you can edit each of them based on their value.

Choosing the Value by Value edit will open the usual editing screen, with an added part: for each value, you'll have a number, grouping all audiences sharing that value.

For each of the chosen audience group, you'll get a warning on the right saying how many audiences your change will be impacting!

If you've made a mistake, don't worry, you can revert your changes with a quick click on the cancel button ;)

Each category will behave the same way!