How to set up an account for a community manager?

A great advantage of the platform is the possibility to define custom rights at a very granular level for all the members of your team.

In this article, we will review the suggested steps to follow using the example of an agency that wants to give the platform access to a community manager of its end client, so that this user could benefit from Paragone and boost posts inside the platform. 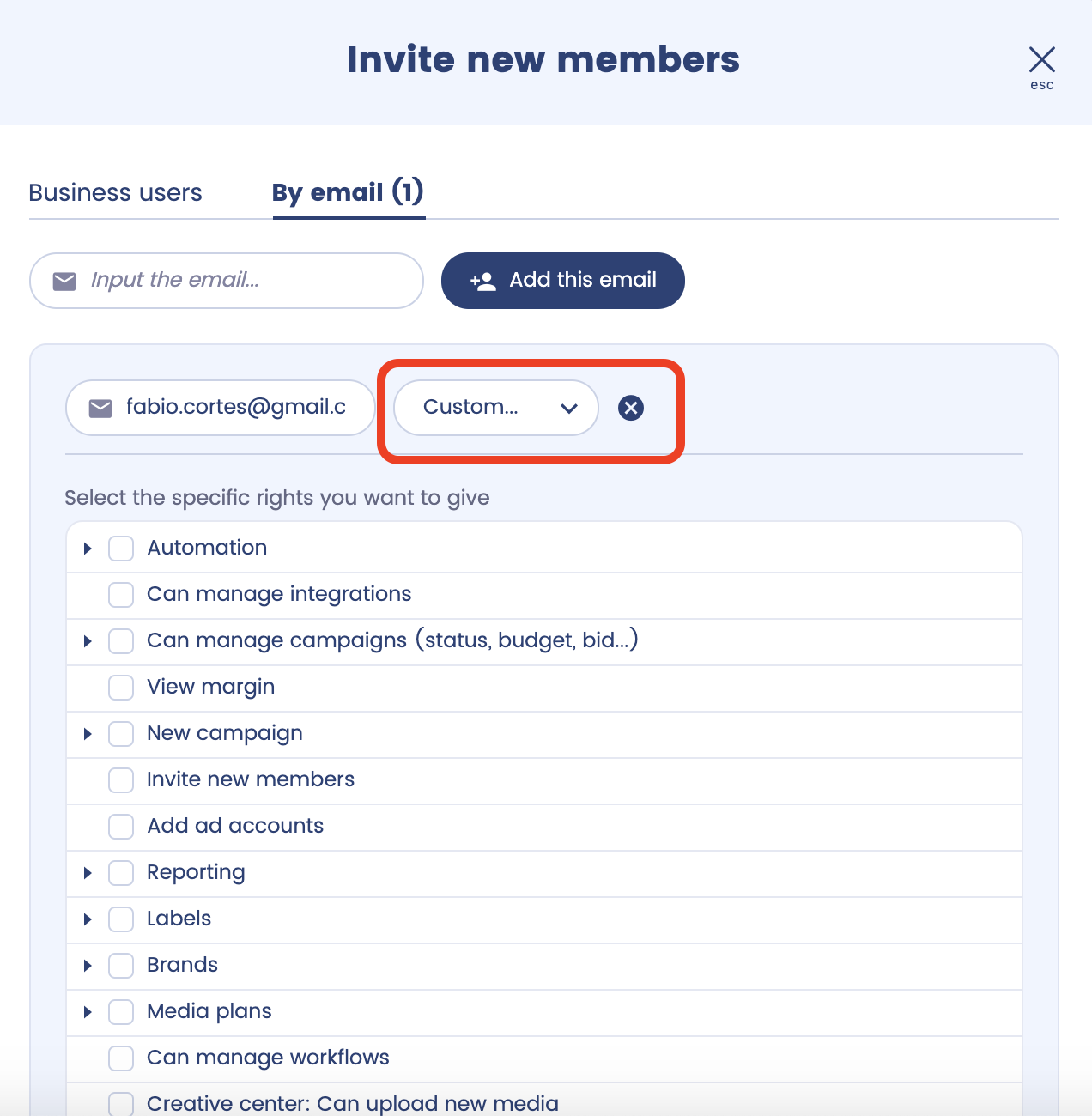 You can define several options on the rights of the user. For example, if this user will only boost existing posts you might just enable the Engagement objective. 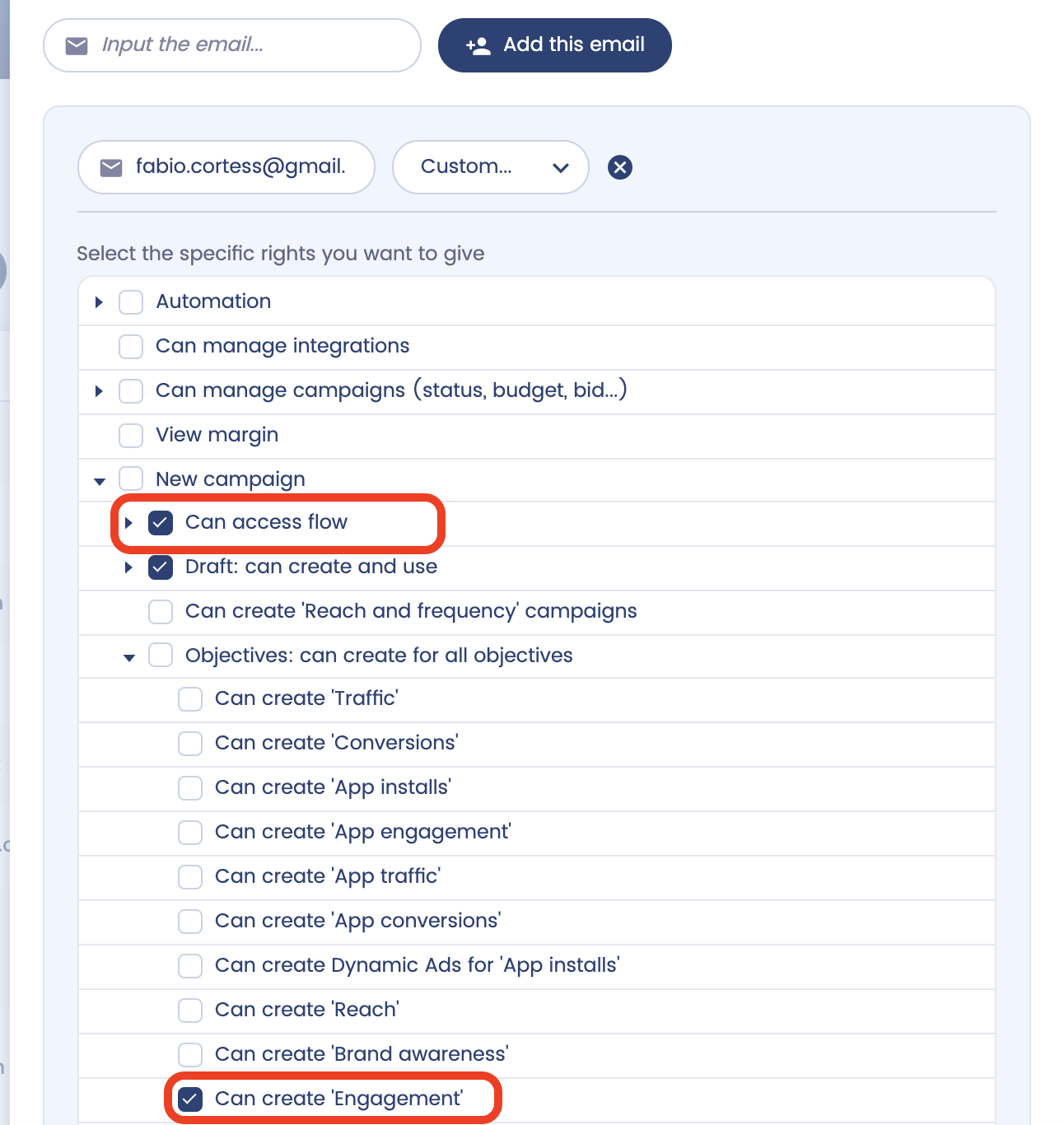 Another useful option could be to only allow this user to use the existing creatives and pre-defined audiences but not to create new ones:

Finally, share the pages and ad accounts that the new user will have: 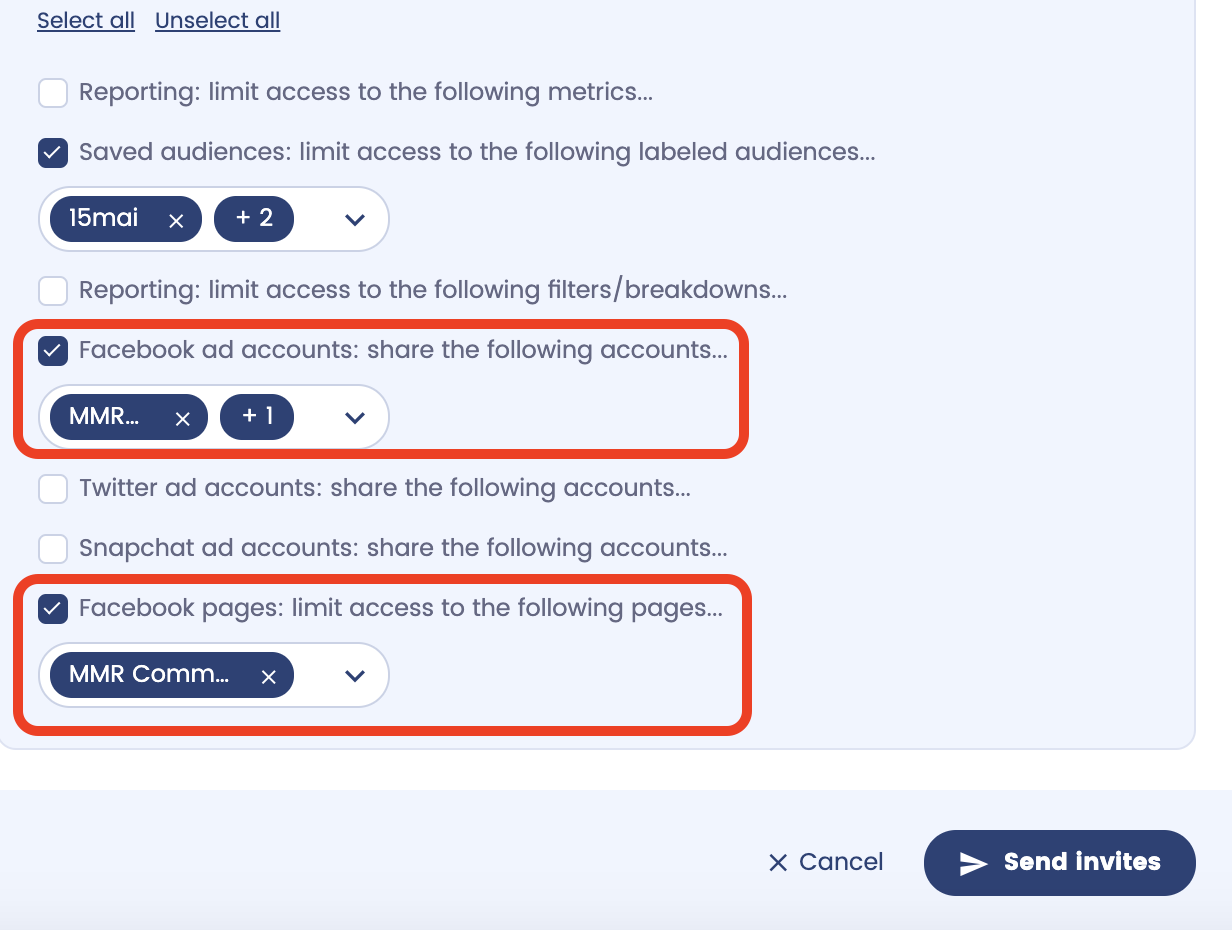 If you would like this user to only have the visibility of the campaigns created in a specific campaign group, leave the option highlighted in red below unchecked. This will also allow you to share a campaign group with the user and assign budget to it, as it will be explained in the next step. 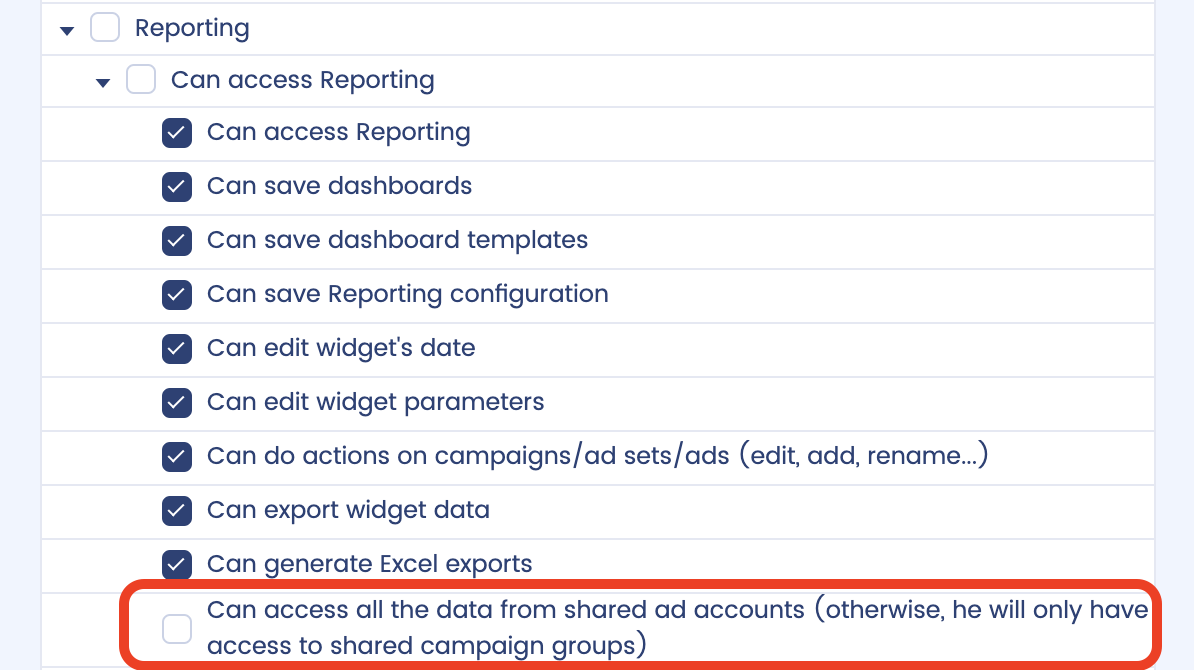 2. Assign budget to a campaign group

If you want to limit the budget spend by a user, you could assign a campaign group to this user and define the maximum budget that should be spent in the campaign group following the steps below. 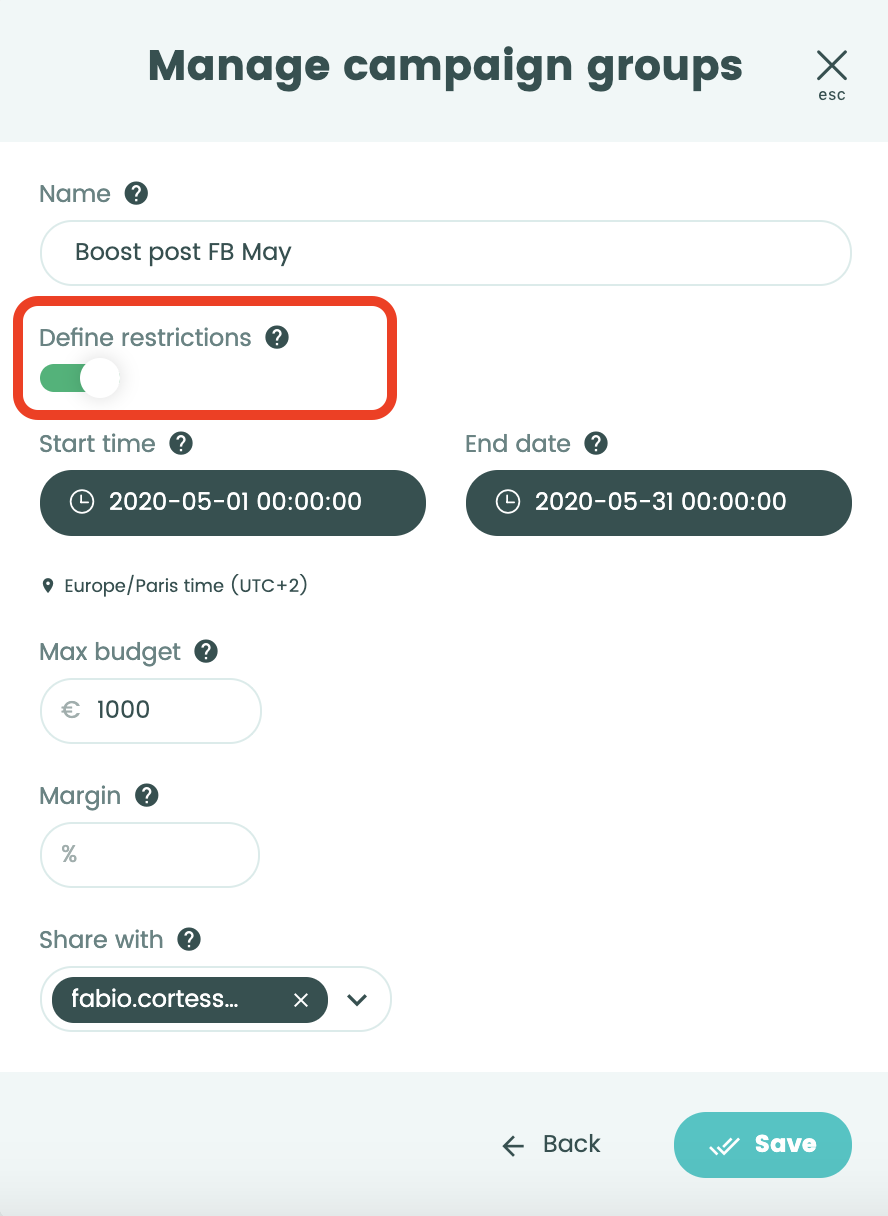 3. Creating campaigns from the new user

The view that the new user has will depend on the rights that you have selected for this user. In the video below, we show how a user will see the campaign creation flow when there are several restrictions applied to its profile such as limited campaign objectives, targeting, creatives and campaign groups.