Link campaigns to your media plan

Import and create the campaigns you need!

Once you have built the structure you need for your media plan, it's time to link your campaigns. There are two ways of doing this.

Create the campaigns using the templates and the Paragone campaign creation flow (recommended):

When your media plan is validated the button "Create" is displayed next to the campaign lines where there is an ad account selected.

Clicking on this button will take you to the Paragone campaign creation flow where you'll complete the creation of your campaign. We pre-fill all the values that you used in the media plan such as campaign name, budget, start, and end dates.

These templates can also be found directly in the creation flow as shown below:

While creating a new campaign line you'll have the possibility to import an existing campaign. 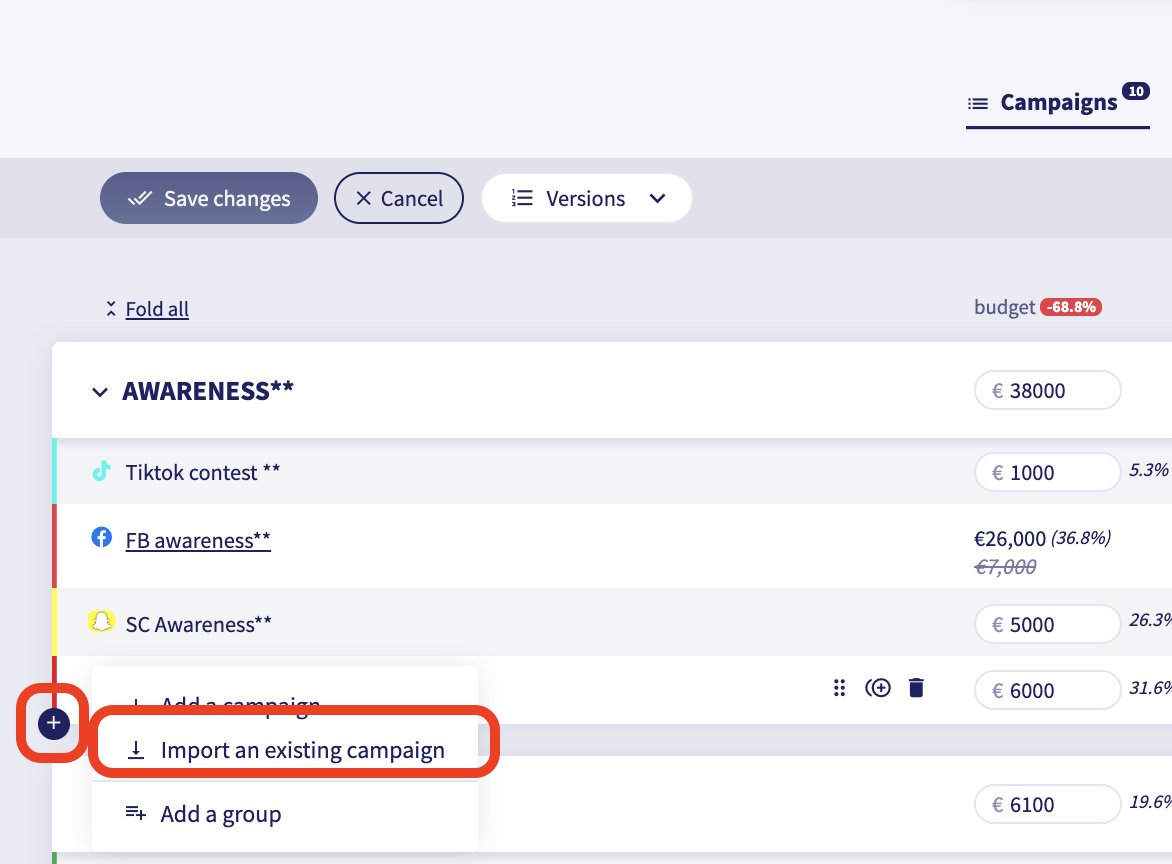 Linking campaigns to the media plan is important to later be able to follow up on the spend and KPI performance of the actual campaigns in the calendar view. 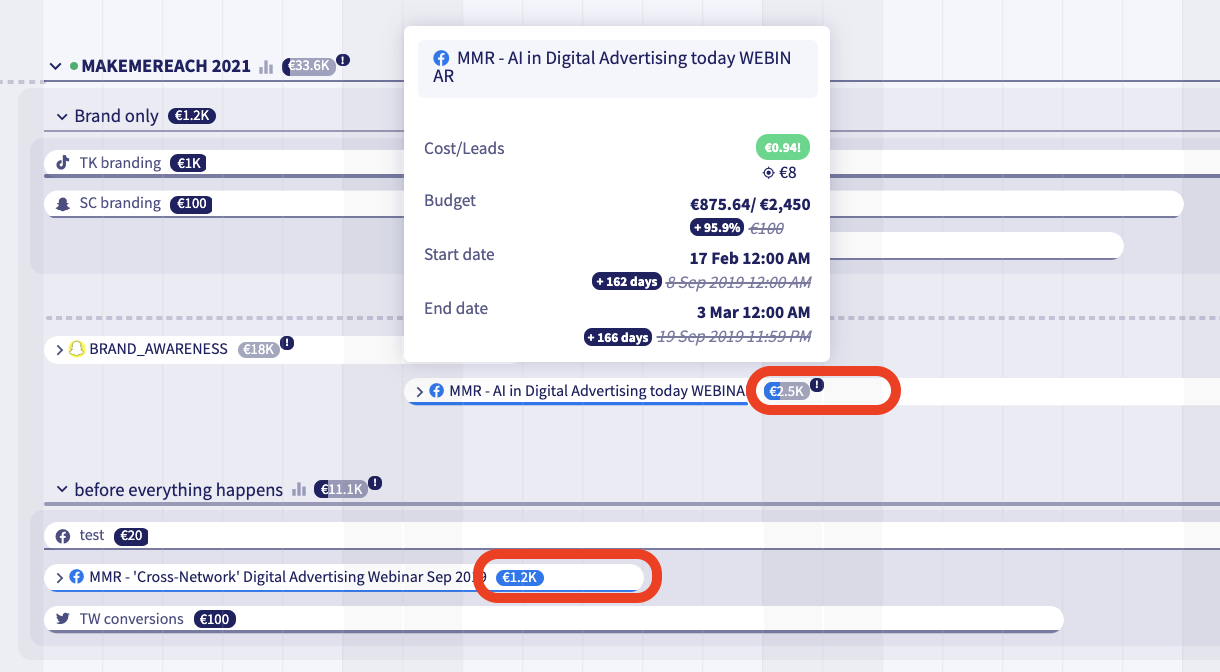