Learn how to set up rules and create strategies for your Campaigns, Ad Sets and Ads.

Sometimes, manually changing how your campaign behaves based on specific outside elements, such as weather, season, or even ad performance can have a big impact on the overall success of your campaigns.

To try and be as efficient as possible, Paragone has created an Automation Center, to enable you to set up rules and strategies that will let you add a lot of flexibility and agility to your Social Ads!

Let's look at the rules first:

Rules and Strategies are the bread and butter of the Automation Center.
You can create rules that apply to specific Campaign Groups, Campaigns, Ad Sets or Ads; and then bundle them up into a Strategy that you can also apply to each entity if needed!

You can create Rules from two main places:

and the Rules Library.

After clicking, here's what you'll see: 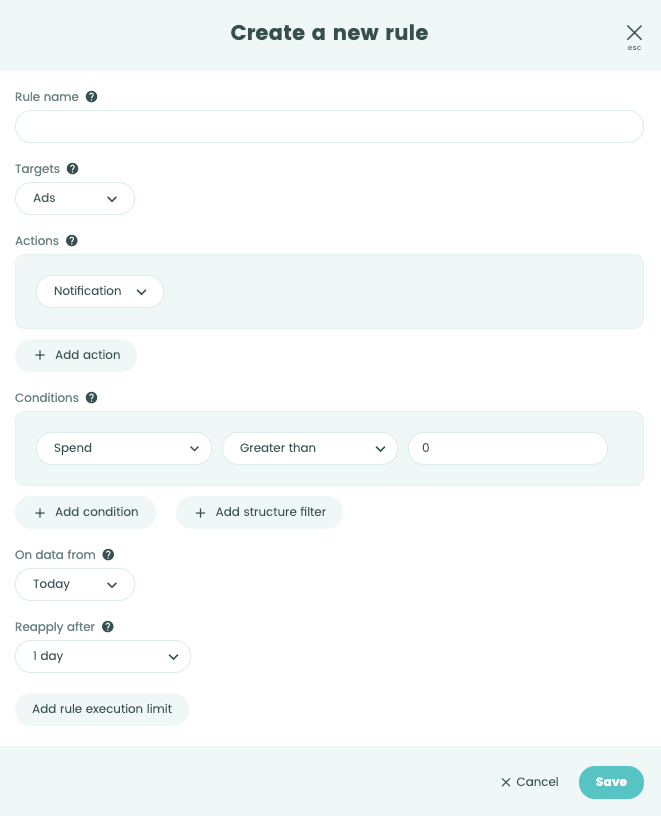 After choosing a name for your rule, you'll have to decide on the target for it. 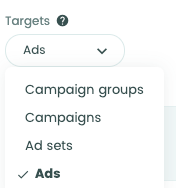 Choosing Campaign Group, Campaign, Ad Set or Ad will change the Actions available to you:

For Campaign Groups and Campaigns, you can set Alerts to be sent either via notifications and/or emails, and use the Play or Pause action.  For Campaigns, you could also update the budget (this only applies for now to Twitter campaigns).

Choosing Ad Set will add the options to update the budget and update the bid of your Ad Set.

Finally, choosing Ad will let you update all of the options above, except the budget.

The targeting you will decide on will prevent you from using the rules for anything else that the initial target - a Campaign Group rule is not applicable on an Ad Set.

The next step is to decide on the condition(s) of the trigger for your rule. If you're new to automation, it's better to start with simple rules, to make sure the result is what you're expecting! You can always add more complexity to your rule later ;)

Different categories will be available depending on the source that will trigger the rule; performance of your campaign, S2S data, Google Analytics, time, Zapier, etc.

You can add a Filter to your Rule, meaning that it will only apply when both the Condition and the Filter are met.

These filters will be different depending on the Target you chose earlier:

For Campaigns, you'll start having a lot of options:

On the Ad Set level, here's what you will see:

And finally, for Ads only:

Try and use these options to create advanced triggers for your rules!

The time range you'll choose is going to be what is looked at when deciding to trigger the rule or not.

For instance, if you select "Today", the system will check regularly if the data accumulated for the day meets the condition you set. If yes, the rule is turned on (or off), if not, nothing happens.

When making multiple rules, especially to turn ON and OFF some assets depending on the time of the day, one common mistake that needs to be avoided is to make the rules overlap: 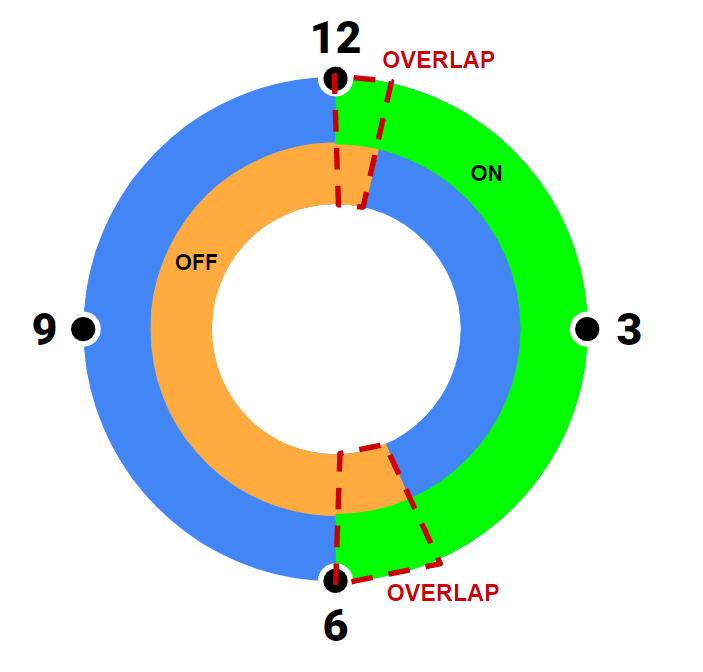 This may trigger both of the rules the same time, which will result in unexpected behaviors - especially if your "reapply after" is checking the rules every hour.

Preferably, you might want to have some free time between the two rules that will act as a buffer to prevent any double-activation: 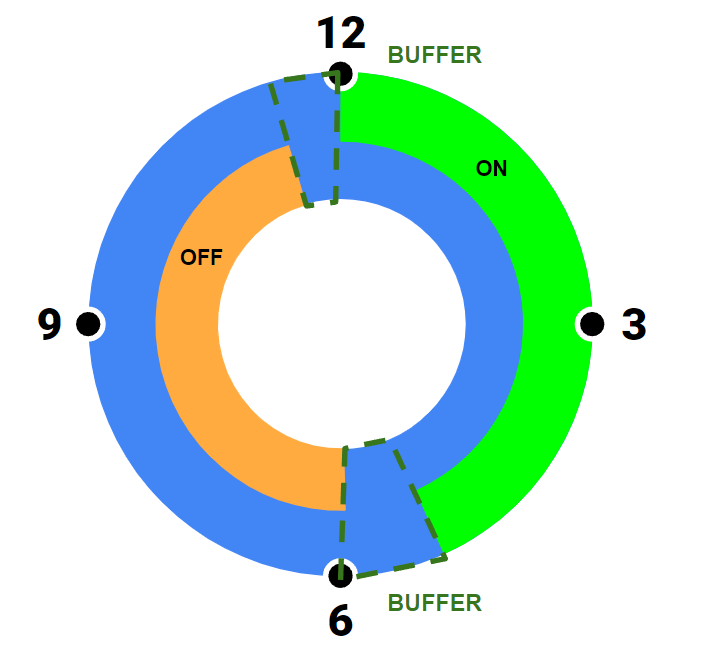 That way, you're sure your two rules will never be played at the same time.

Finally, you can also set up a maximum number of times that you wish this rule to be applied for the elements selected when the conditions are met.

Now that you have created your new rule, you can add them to strategies!